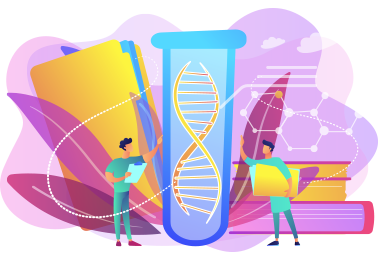 There may be situations regarding child custody or child support matters when you consider using a DNA test to determine who the biological parents of a child are.

To learn more, here’s how DNA testing can establish parentage.

What is a DNA test?

Also referred to as a paternity test, a DNA test is conducted by a medical specialist to determine whether a person is the biological parent of a child.

What can a DNA test be used for?

DNA tests aid in establishing the parentage of a child. Legally, they allow you:

Aside from these legal reasons, DNA tests can also help provide you with peace of mind regarding parenting matters during a divorce or separation.

What are the procedures for DNA testing?

There are generally two types of parentage testing procedures.

First is the ‘peace of mind testing’ (which is non-legal testing). This is known as non-NATA testing or self-sampling, and it does not meet the legal requirements of a Court-ordered test.

Here, simple mouth swab samples are taken by the individual (usually in their own home), as opposed to an authorised medical collector like a Pathologist. Once a sample is collected, they will be sent to an authorised collector for analysis. Peace of mind DNA testing can cost anywhere upwards of $150+.

The other type is called legal paternity testing or NATA accredited testing and usually costs around $825 or more.

NATA approved DNA testing in Australia requires the consent of the child’s mother. However, a peace of mind test can be taken without the mother’s consent – samples just need to be collected by the father and be sent to a laboratory for results.

What should I do if I need to establish parentage for child support purposes?

The parents of a child have a duty to look after them when separated or divorced. In Australia, this happens by providing child support payments.

The Family Law Act 1975 (Cth) states that if a person is listed as the father on a child’s birth certificate, he will be under the presumption of the law that he is indeed the father of the child. Usually, this will be sufficient for child support purposes.

However, if the child’s birth certificate does not list the biological father as the child’s father, the Department of Human Services will not mandate that the father must pay the mother child support payments unless one of the following is produced:

It is always preferable to provide the father with these three options and ask him to select one. If the father did not agree with updating the birth certificate or signing a statutory declaration for the Department, you should request he take part in a DNA test.

Nevertheless, if both parties have agreed to take part in a DNA test, the intervention of the Court won’t be required.

The following steps must be done instead:

If it is found that there is a very high probability that the child and the father are biologically related, you should ask the father to sign the statutory declaration that will then be passed to a child support agency.

If the father refuses to sign the statutory declaration, you will have to apply to the court for an Order that states the father is the biological father of the child, as evidenced by the DNA report. This Court Order is needed because the DNA report itself is not sufficient to establish parentage for child support purposes.

Just keep in mind that if you are considering DNA testing for child support issues or parenting matters, you should always choose the legal paternity testing option.

What should I do if I want to disprove I am the father of a child?

If you believe you are not the biological father of a child, then you can use a DNA test to provide sufficient proof.

A DNA test is the simplest and most cost-effective way to prove or disprove paternity.

If cost is a factor, the father can request the mother to pay half the costs of obtaining a DNA test.

A mother of a six-month-old child was having difficulty obtaining child support from the father. The father had blocked all communications from the mother and refused to recognise the son.

The father was provided with the following options:

The father agreed to take the DNA test so that this matter didn’t need to proceed to Court for a DNA test to be ordered.

The father and child provided samples to the testing facility and a report was produced. It was found that there was a very high probability of them being biologically related.

As a result of that report, the father agreed to sign the statutory declaration produced by the Department. After this, the mother was able to start receiving child support payments.

If in doubt, always seek legal advice about establishing parentage.