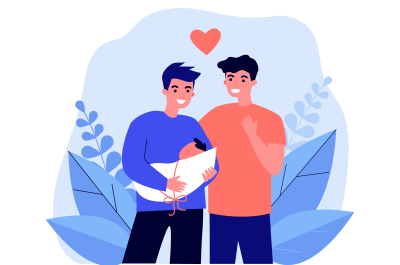 I’m in a male-male relationship, what are our legal rights?

From December 2017, same sex marriage was declared legal in Australia. However, if you are in a same sex relationship and not married, you are considered to be in a de facto relationship and will share a lot of the same rights as a married couple.

The same sex law reform package was passed through parliament in 2008 which removed discrimination to same sex de facto couples across a range of areas including child support, family assistance, superannuation, taxation, health, immigration, domestic violence orders, social security, workers’ compensation and veterans’ entitlements. The change of such laws meant that same sex couples received benefits that they did not previously receive.

As a result of changes to social security and family assistance legislation, all couples are recognised in the eyes of the law, regardless of gender. This means that same sex couple receive the same entitlements and are assessed in the same manner, and have the same obligations as heterosexual couples.

If you are in a same sex relationship in Queensland you are also entitled to legal rights such as dividing property in the event of a separation. You will also have the same rights as married couples when it comes to disputes about children. This may include parenting arrangements, adoption, parenting orders or family dispute resolution.

If you are in a male-male or female-female relationship and are unsure about your rights, No Lawyers’ Family Law Resources can help you understand your entitlements.