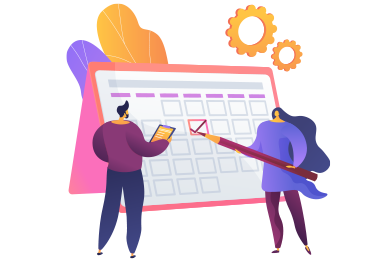 Is there a time limit on a property settlement or spousal maintenance?

It’s quite a common question during a separation or a divorce.

One of the most important things you must manage when undergoing a divorce or legal separation is the property settlement process. To make sure you avoid any further difficulties, it’s important to know and abide by the time limit.

You don’t want to miss having claims on your assets just because you missed the deadline required.

So, to help, here are some key points you should remember about time limits for property settlement and spousal maintenance.

What is the property settlement and spousal maintenance time limit after a divorce or separation?

The property settlement process can begin any time after separation. Commencing property settlement negotiations soon after you and your partner or spouse have separated can help you finalise things without having to go to Court. It can enable each of you to work out if you can afford to adequately support yourself, now living separately, or whether you need any financial support from your former partner or spouse (spousal maintenance).  It also allows property settlement proceedings to begin before the time limit ends, should you not be able to reach an agreement and opt to file for a Court application.

Handling your property settlement matters as early as possible will lessen the risk of the negotiations taking longer than you expect.

Keep in mind that when the time limit passes, you can lose your rights to seek a property settlement or payment of spousal maintenance – so it’s best to act sooner than later.

What if the time limit has already passed?

Once the time limit passes and you have not yet filed proceedings for property settlement and/or spousal maintenance, then you need to ask permission from the Court.

This pertains to the process of obtaining “the Leave of the Court” to proceed with Property Settlement or Spousal Maintenance out of the allowed time frames. Leave is usually only granted in exceptional circumstances and there are strict requirements that must be met. It’s best, then, to consult a lawyer to ensure you follow the right guidelines.

What are the grounds for obtaining leave to proceed for property settlement after the time period?

For the Court to grant you with Leave to proceed out of time for a Property Settlement or claim for Spousal Maintenance, you need to satisfy the following:

When making decisions regarding granting leave to proceed out of time, the Judge will also examine these factors:

The Judge will, then, greatly consider whether granting leave will do justice or not between you and the other party. As such, it’s important to note that the onus of proof or the obligation to prove the case lies on you – the applicant party seeking to proceed out of time.

To learn more, here are examples of related legal cases.

In Hertwig & Hertwig [2018], leave was sought by the husband to commence property settlement proceedings around four months after the limitation period. The husband had attempted to begin proceedings about two days before the limitation date expired, but encountered difficulties when filing the documents.

The husband cited it was because the wife had diverted a property (a significant asset) to a Trust entity controlled by her parents, whereas before separation, the property had been financially supporting both of them and their children.

What was the judge’s decision?

The Judge considered that if leave was not granted, the husband would lose the opportunity to seek orders in relation to the property.

Recognising the various contributions the husband made during their relationship, the Judge came to the conclusion that the wife had taken the benefit of a significant asset which financially supported both parties and their children before separation – especially because this property was the only asset in the couples’ property pool.

In this case, the parties were still to resolve parenting matters. However, the Judge granted leave for the husband to institute proceedings for a claim for property settlement.

In Edmunds & Edmunds [2017], neither party commenced proceedings within the limitation period. The wife, then, sought leave to proceed with a property settlement application 6 years and 9 months after the time limit had expired.

The parties were married for 17 years and had 3 children, with the youngest being 17 at the time the application was made by the wife. When the parties commenced living together, the husband had an interest in 2 properties with his first wife and the wife had little assets of value. During the relationship, the wife’s parents gifted the parties $25,000 which was used towards the purchase of a property that was renovated and later sold. When the parties separated, they owned 2 properties in joint names and had superannuation. The total net value of the asset pool was around $552,000.

By the time the wife’s application for leave was before the Court, the husband’s asset position had become significantly greater than it was at the time of separation. The wife contended there was an informal agreement as to property settlement, but the husband denied this and said there was nothing formally documented.

What is the judge’s decision?

In this case, the Judge considered the following factors:

Taking all of these into account, the Judge refused to grant leave for the wife to proceed with a claim for property settlement on the basis that hardship had not been proved.

Consequently, the parties were left to reach an agreement or seek orders through State-based laws for the properties to be sold – meaning the proceeds would be divided equally as the properties were held in joint names.

If in doubt, always seek legal advice about your property settlement and spousal maintenance rights and entitlements.

Contact a lawyer from our panel of trusted partners to get the advice you need.