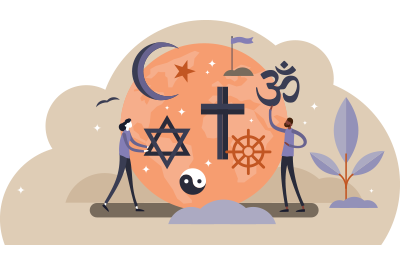 My ex-partner and I are from different faiths, what does this mean for our children?

Separation can be made even more difficult if you and your ex-partner are from different faiths, and it can be confusing trying to understand what it means for your children after you separate.

There are more than 4,000 religions Australians may belong to, so this is not an uncommon issue.

You and your ex-partner may both want your children to follow your individual religions, which can cause conflict that can have a negative impact on your family, particularly the children who may experience confusion as to which religion they should follow.

This is a matter that the Family Court has struggled to settle in the past, however there are a number of factors considered when attempting to solve such cases.

If you are struggling to decide what is best for your child, No Lawyers’ Family Law Resources can help you consider the best possible outcome of your situation.